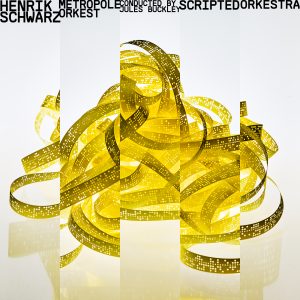 After the great success of the Amsterdam Dance Event 2016 opening concert at Melkweg in Amsterdam, Metropole Orkest and Henrik Schwarz decided to record an album with the music Henrik has written for the orchestra. The Album was recorded with conductor and arranger Jules Buckley in Hilversum in summer 2017 and was nominated for best Classical Album at Libera Awards 2019.

This collaboration was extended in 2017 and 2018 with several concerts.

Henrik Schwarz composes with love for, and knowledge of orchestral music. Together with chief conductor Jules Buckley he wrote an hour of new music for ‘Scripted Orkestra’.  The result is an album full of pieces where the border between dance and orchestral music completely disappears.

Counter Culture is the second track of the album and carries a special message. Henrik Schwarz: “Many bad, weird, absurd, unforeseen things are happening in the world around us. However I didn’t want to complain because I believe negative talking and thinking is the wrong way. So I decided to write an ambitious ‘positive protest song’.”