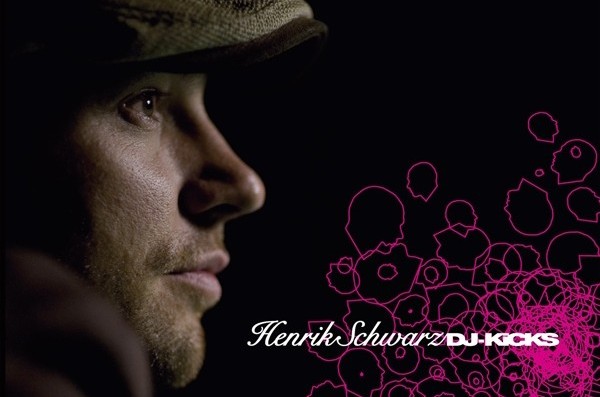 When media theorist Marshall McLuhan announced that ‘the medium is the message’, a lot of people wondered what the hell he was talking about. But the point is simple: in each case, the technology has been the decisive factor in the development of art over the last fifty years. It’s no stretch to say Leo Fender invented rock’n’roll with the Fender bass, or that Leon Theremin invented techno with his drum machine. So when we think of the mix CD, maybe we should be thanking the anonymous salaryman at Sony who invented the format.

Yet the golden age of the CD mix compilation is coming to a close. 1997 – 2007 might well be regarded as the decade when 74 (and later 80) minutes of audio, mixed seamlessly into a satisfying whole, grew into the DJ’s ‘album’, the highest packageable artform of the genre. And while to some Studio !K7 will be remembered as a bandwagon jumping label that pushed proved artists a year or two after smaller independents had stuck their bits on the chopping block, to others its DJ-Kicks imprint will be lauded as the quintessential CD mix compilation series of this golden age.

To me it’s amazing that DJ-Kicks made it so high in people’s estimation, considering some of the woeful mixes they put out. But Henrik Schwarz’ contribution to the mini empire is anything but blech. In fact the multi-talented Berliner’s might just have single-handedly made his reputation, along with the label’s, and produced what will be regarded not only as one of the defining mix CDs of 2006, but also one of the later classics of the medium itself.

When you start out DJing, mixing is just a matter of surviving the bucking, bumpy transition between A and B. But talent and persistence begins to found a new sound, and eventually, the mixes themselves are the most enchanting parts of the piece. Schwarz’ impeccable selection of tracks exposes the unlikely sympathies between soul, jazz, acid, techno and house, and there are several ‘magic carpet ride’ moments here, like the moment when Drexciya’s ‘Black Sea’ comes howling out of Schwarz’ own ‘Imagination Limitation’. So what if it was probably an Ableton job – even with a computer keeping the beat matching neat and easy, this is a study in the art and science of selecting and combining sounds.

The programming may be too perfect, if that’s an issue. There’s no sense of this as a fast and loose live mix where no one, least of all the DJ, quite knows what’s coming next. The other issue is the mix’s ‘twin peaks’ – Schwarz has opted to include two anthems, first his ‘Imagination Limitation’ and his remix of Coldcut & Robert Owens‘ ‘Walk a Mile in My Shoes’. They’re both great tracks, but they’re both quite moist, and the double dose of teardrops on the dancefloor might leave surfaces a bit too slippery for dancing. Not only that, but Schwarz’ own edits are quite heavy, almost over-wrought, which runs contrary to the marked lightness of touch elsewhere on the mix. Having said that, they’re deficiencies borne of the sincere desire to move the crowd, and an underlying philosophy (outlined in the liner notes) that we’re all emotionally connected through music. Ahh.

I also feel that Schwarz has offered selections that, however brilliant, are often very ‘safe’, which means that, to some ears at least, this mix will sound a little staid, a problem which afflicts other ‘classic’ loving DJs like Laurent Garnier and Francois K. Maybe for this reason, this is a great mix to play to people who ‘hate dance music’. It’s also great for dinner parties, or after lunch. Does that count against it?

All in all, this is a sincerely meant, beautifully executed mix that does enormous credit to Henrik Schwarz, DJ-Kicks, and the art of the CD mix compilation. Oh, and if you wanna indulge your love for ‘redundant formats’ and buy a copy from a shop, you also get access to a code to download an alternative version, which is just as good.